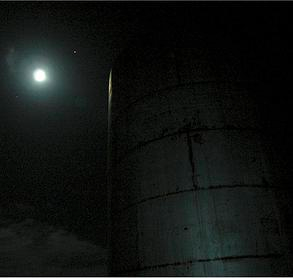 Now, my first actual adventure to the TANK begins with a 5 day raft trip on the Yampa with “the boys” (Bruce, Mho, Bruce’s son Max, Mark, and Steve) and culminated with a full-moon trip to the TANK.

I’d heard stories of this acoustical wonder for over 10 years.  My intention was to play my guitar inside of its walls to hear how “I” sounded (finger-pick bluegrass & folk style).  But on April 22, 2005, the first time I slid my body through the portal, I began to have doubts that I could play inside the TANK.

Bruce said go for it… so I broke out my guitar and began playing some bluegrass tune that in a different place would have been lost to the space, but in the TANK, it became an echo of a notes that over-whelmed me and everyone else — so I stopped, set down my guitar, and just listened.

A few minutes later, Bruce, Mark, Max, and Mho began to make music in the tank — the kind of music you close your eyes to hear.  So I closed my eyes — and somehow — when we shared our pictures of the Yampa, Mark McCoin had taken some photos of light dancing inside the tank — the way the TANK played with sound.  Only then did I realize that you don’t come to the TANK to play “in” the TANK — you come to the tank to “PLAY” the TANK.  And if you’re lucky, you walk out of the TANK when the morning sun is just cresting the horizon and something special happens and you are transformed. 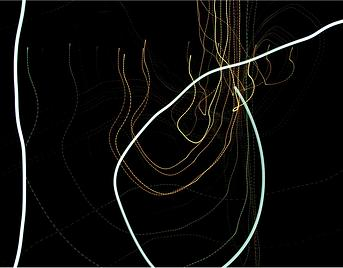