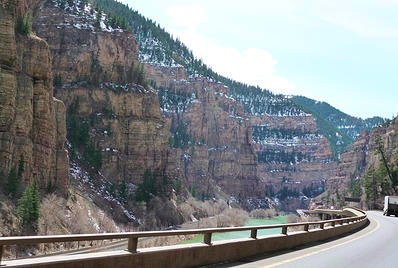 Those of us in Colorado know the route: I-70, the Vails, the spectacular Glenwood Canyon, the iron oxide hills… 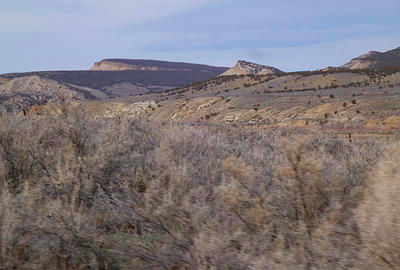 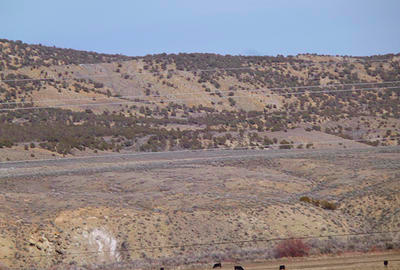 .. and then the shift: Northwest Colorado. Spacious. Desolate. Barren. Brown this time of year. Beautiful. Rangely. One stoplight. 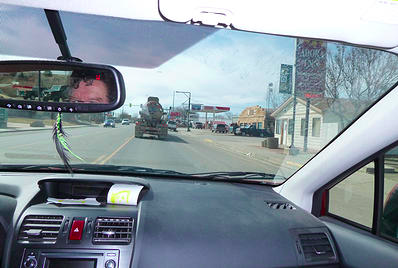 We had dinner at Heather’s house. She wrote a wonderful article for the area newspaper, which has spawned a great deal of interest in our project. She said that previously, she just “didn’t get it,” that she’d heard about The Tank as a kid but had no clue about it. Then she went into The Tank, and got it, and felt like she had missed out on something special when she was younger.

Fortuitously, Town Council had it’s meeting that night, with Mayor Frank Huitt and 7 council people. Heather and Beth, the town potter, went with us in support of The Tank project. One person wanted to know “why don’t you just move it?”. Mayer Huitt wanted to know “Why this tank?”. 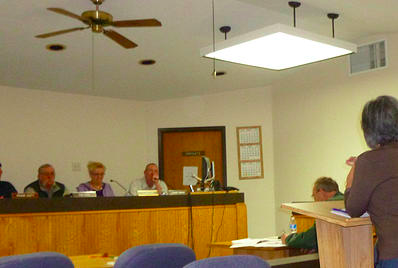 Because this is the one we use. Because in This Tank lies the configuration that makes it something sensational. I mentioned Bruce Odland’s thought about its reverb being better than the Taj Mahal, and that it is the Sistine Chapel in sound, and that we are collecting money from around the world to spend in Rangely. We talked about how The Tank came to be and how I wished I could find those two cowboys who had the foresight to kidnap Bruce and show him this empty tank because we wouldn’t be here without them.

I talked about what we’re doing and why and what we feel the real benefits will be to Rangely: the immediate jobs in order to secure and maintain The Tank, the resulting tourism which would benefit the local businesses, and especially (for me) the outreach to the kids and the schools. I said I hoped deeply that what we do will help the kids of Rangely and that we were here to contribute to the town and to work together. Then I invited them to The Tank, and Mayor Frank and Councilwoman Elaine said they would join us in the morning.