The TANK Center for Sonic Arts

Our 2019 Season started in April with the Karbank Residency, a four-day gathering that truly showed us the future of the Tank. Guitarist/composer Bill Frisell and filmmaker Bill Morrison came to Rangley for this open-ended residency and decided to create music and images to tell the history of the Tank as a way of evoking the larger story of the American West.  They played and experimented with the Tank’s acoustical and visual capacities, carried out initial interviews and research, and learned about the region.

Morrison filmed interviews with local people, aged 8 to 80. He shot hours of Bill Frisell playing in the Tank and got drone and other footage of the Tank and its nearby environment, including the site of some ancient Native American rock art, about eight miles from town. He also identified archival film of the Tank, as well as other film stock from the Colorado Train Museum in Golden.

Paul Sangster, from Future Lighting in LA, also attended the residency and brought powerful digital mapping projectors that cast images and film on the Tank and the surrounding landscape.

You can see and hear some of the stunning results of the Residency here:

Frisell and Morrison will return to the Tank in September, 2020, for a spectacular live concert with visual projections of Frisell’s performance and Morrison’s films on the outside of The Tank and on the surrounding landscape. This concert event will be live-streamed to remote locations and will itself be filmed with both conventional and 360 cameras. 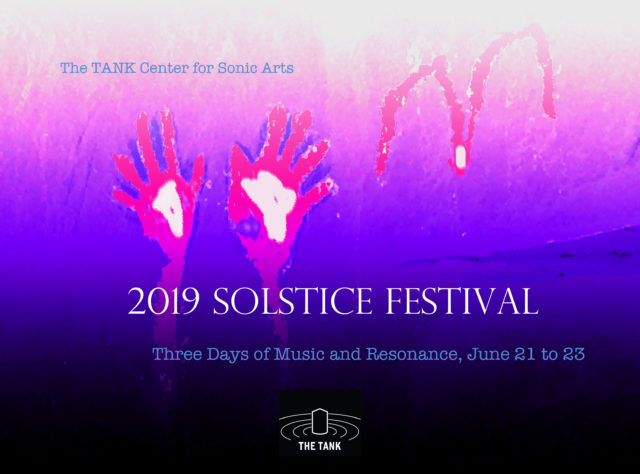 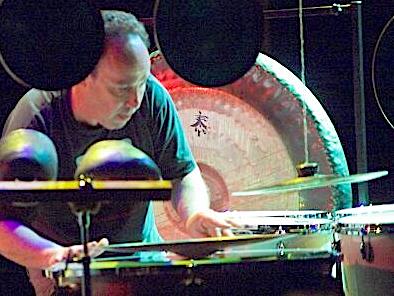 Winant and Tank Board Chair Bruce Odland discovered that they both had long associations and friendships with composer Alvin Lucier, and spent a whole day carefully recording and producing one of Lucier’s pieces, Silver Streetcar for Orchestra, a work for solo triangle that Winant performed in the Tank.

Side note: You’d think a piece for solo triangle might be a bit monotonous, but really amazing things happen to the triangle’s sound in the Tank. An orchestral triangle produces two notes, as well as a third that is the sum of those frequencies. And astonishingly enough, it also produces a fourth note, a bass note, which is the difference between the two frequencies.  In the swirling complex reverb of the Tank, these notes blend and harmonize, and all kinds of shadings and colors begin to appear. 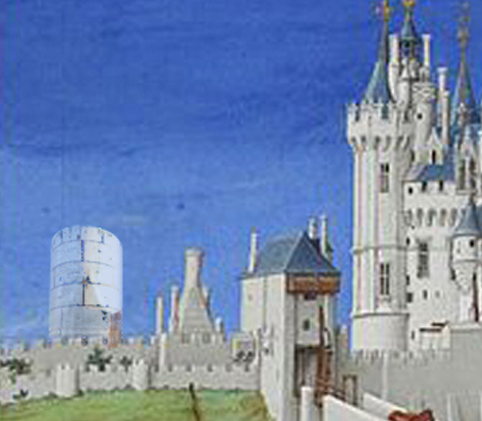 In September, Soprano Jolle Greenleaf and Lutenist Hank Heijink performed Renaissance and early Baroque music in the Tank.  The architectural spaces that time – beautiful churches and palaces of stone and stained glass and vaulted ceilings – were profoundly resonant, echoing places.  Composers of the day played with this echo and created echoing effects in their music, and writers of song incorporated echo into their poetry and librettos.  The effect of this music in the Tank was magical.

Much else happened this season, including dozens of visits and recording sessions at the Tank by artists near and far.  Richard Saxon, Raven Chacon and Chuck Lettes from The Arts + Rural Environments Field School at the University of Colorado, recorded in the Tank, and Carol Morton and the chorus from Rangely High School visited to sing.

The Fort Lewis College Chamber Choir, directed by Professor Charissa Chiaravalloti, recorded and performed a free concert at the Tank in September.  Rebecca Folsom recorded at the Tank and presented her Open Your Voice Singing Workshop.  Flutist Sherry Finzer and guitarist Darin Mahoney came up to the Tank from Tucson and gave a special concert in Tarrah Patch’s yoga class at the Rangely Rec Center.  Here’s a video clip of Sherry in the Tank. 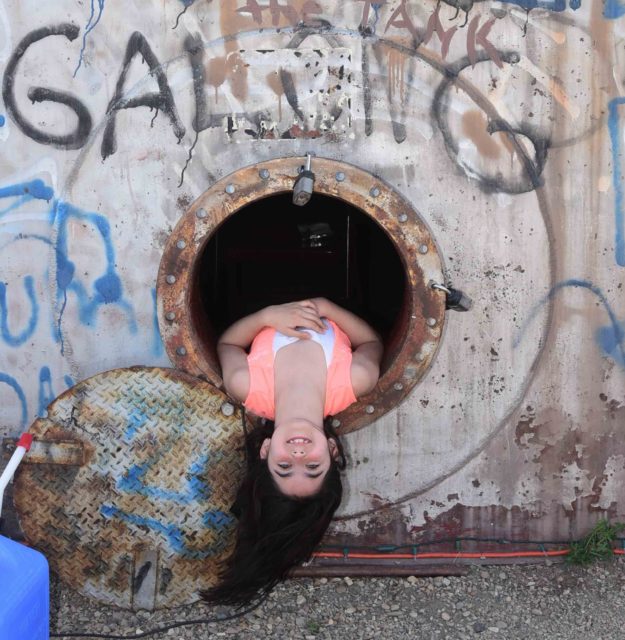 Pam Rosal brought her rafting crew from NOLS in Vernal for meditative sessions.  Stephanie Fida came with Sacred Harp singing and gave a workshop at the local college.  Bill Aspinwall and friends from Texas, Leadville, and the Front Range recorded and presented a free concert at Rangely High School, with the amazing bassist and entertainer Thomas Helton.

Mad Dog Friedman returned to the Tank twice this year.  In June he recorded with his group the Astral Project, an ensemble dedicated to creating healing music live. This year they again performed at the White River Village Assisted Living Center.  Here’s some Astral Project.  And Mollie O’Brien, Rich Moore and Hal Cannon recorded in the Tank in June, too. This trio will headline our 2020 Solstice Festival, June 19 to 21.

In August, Bruce Odland led a band of musicians and technicians to the Tank for the culmination of Detour 360, produced by The Music District in Fort Collins. They collected audio-visual portraits of artists and sonic landscapes from across Colorado and brought them to the Tank.  Eventually these portraits, among them one of our own Voice of the Tank, Samantha Wade, will come to the wider world via select events, festivals, and distribution channels.  In October the show received a special premier in 360 video and five-channel sound at the OtterBox Digital Dome Theater in Fort Collins. 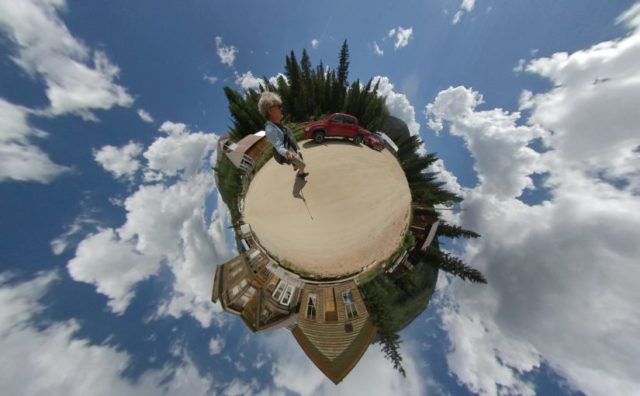 As the 2019 season drew to a close, Lois LaFond and Bruce Odland presented Days of Sonic Learning workshops for three classes of 4th Graders from the Parkview Elementary School, who recorded spooky sounds for Halloween.  And on the last day of the season cellist Daniel Zamzow, from Fort Collins, recorded in the Tank as snow fell outside. 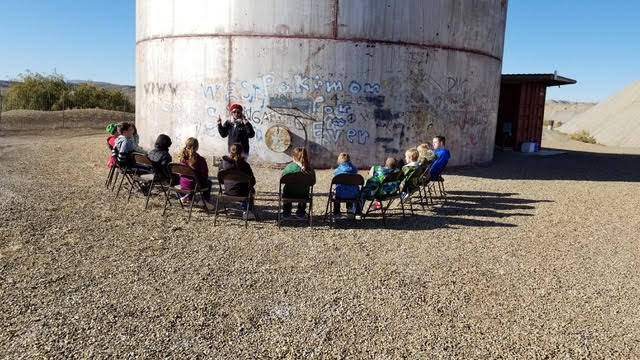 These are just a few of the dozens of artists and ordinary folks who came to the Tank in 2019.   Next summer visit the Tank yourself.  Bring your voice, your instrument, your ears, and record it all with our pro gear.  Click here to reserve your date in the 2020 Season.

“One road to the musical future now runs through Rangely.” – Alex Ross 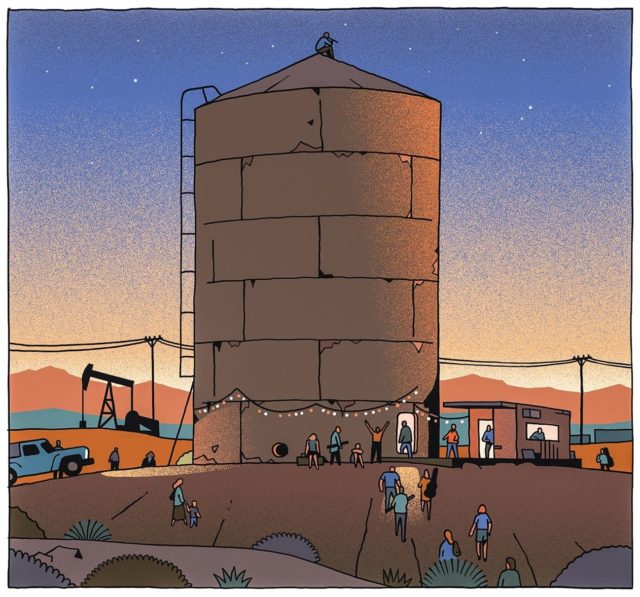 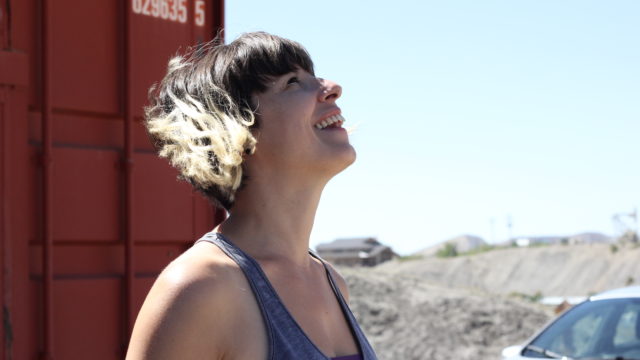 Montreal-based saxophonist, composer and improviser Ida Toninato came to Rangely in September, 2018, to record in the Tank.  The result is now out as an album, We Become Giants.  We love it. 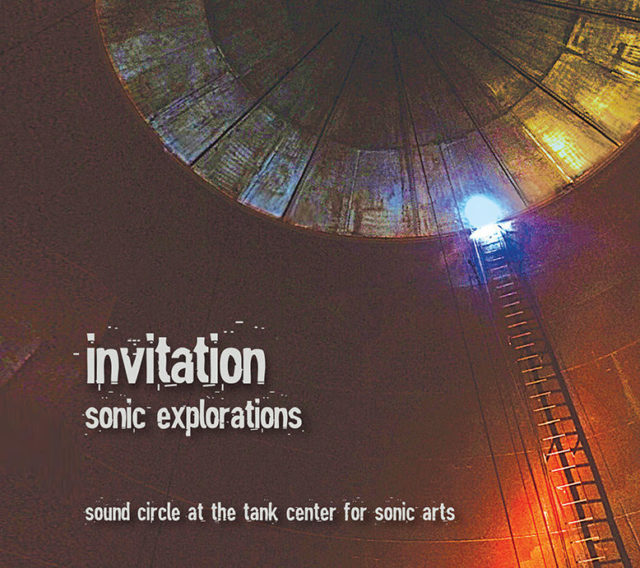 Sound Circle is an eighteen-voice women’s a cappella ensemble from Boulder County, Colorado, led by Artistic Director Sue Coffee. Now in its 26th year of collective creativity, Sound Circle came to the Tank in June 2017 for several days of singing and improvisation, resulting in a CD of ten soundscapes titled Invitation: Sonic Explorations. Here is one of them, “Song for a Journey.”

Listen to James Hoskins playing his cello in The TANK: beautiful, stately, resonant pieces, recorded at The TANK in 2017 and released as an album in 2018.  Listen to this album here. 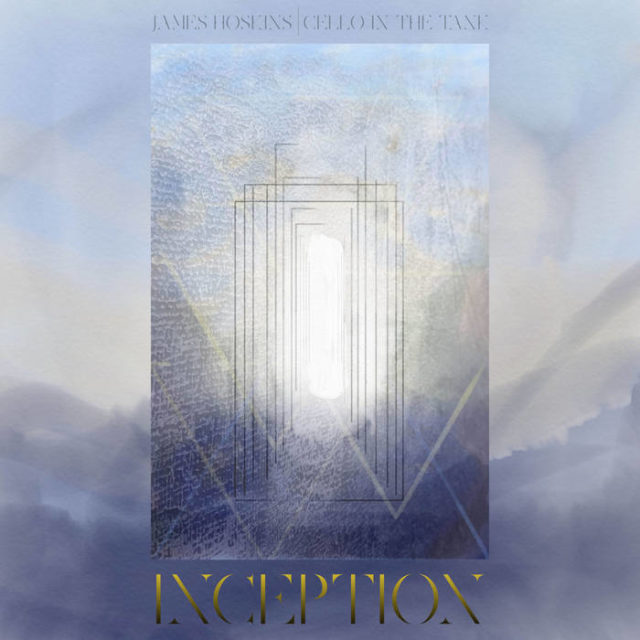 We’re pleased to share these voices of children from Rangely, Colorado.  Composed by Kathaleen Hancock Todd.

For directions and accommodations